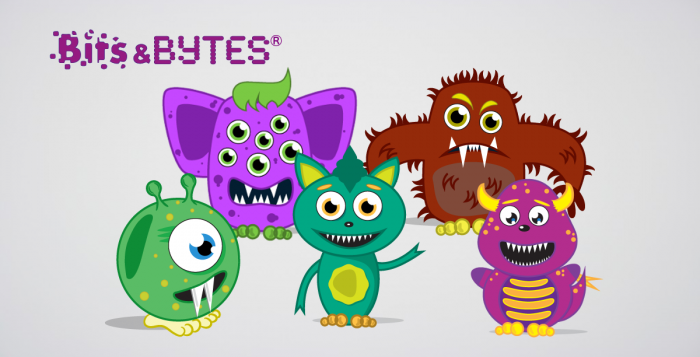 The beginning of the new school year in England heralded the introduction of a new curriculum for primary schools that was described by some as a “revolution in education”. In what was a world first, these changes include the study of computer coding.

The inclusion of computer coding is a move that should be applauded, especially given the increasing pervasiveness of software and the Internet. Twenty years ago the thought of shopping online was scoffed but since then the prevalence of the Internet has grown exponentially and this is set to continue and escalate well into the future. We see children using tablet devices and computers now, and instantly think these children “know computers” or that they are experts in computers, but nothing can be further from the truth. These children are simply adept at operating an interface, not a computer. If this continues then this generation of children will be nothing more than passive consumers, unable to influence products and services of the future. If we want this generation of children to be a generation of creators then they need to understand computer coding. 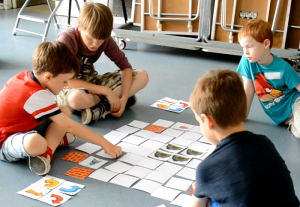 This is not to say that every child should be a computer programmer when they grow up but given the current trajectory of technology it will be important for them to be able to understand how computers work and the way computers approach a problem. In the future computers will touch every facet of their lives.

By including computer coding in the national curriculum we are preparing our children for the future, but are we?

In some respects referring to it as “computer coding” in the curriculum is a misnomer (especially for children in KS1). What is actually being taught is the mindset – the ability to approach a problem and devise a step-by-step solution to the problem. What is actually being taught is logical thinking – but I guess calling it “logical thinking” isn’t as sexy on the curriculum as “computer coding”.

I shake my head with despair when I read about primary schools and parents rushing out to buy tablets and electronic devices for children in KS1 classes simply so they can comply with the new curriculum. These purchases stretch already over-stretched budgets and why are we going down this path when there are countless studies saying we should be limiting the amount of “screen time” children have each day why are we encouraging more screen time? I know my children don’t need another reason to stare at a screen.

Over two years ago, before the announcement that computer coding would become part of the national curriculum, I was grappling with this same issue – teaching children the fundamentals of computer coding with a computer or expensive electronic device. After several months I had the answer – a card game. A card game called “Bits & Bytes”.

Bits & Bytes teaches computational thinking (or as I prefer to refer to it – the fundamentals of computer coding) through a simple card game that children of all ages have fun playing – no computer or knowledge of computers is required.

The rules of the game are simple. 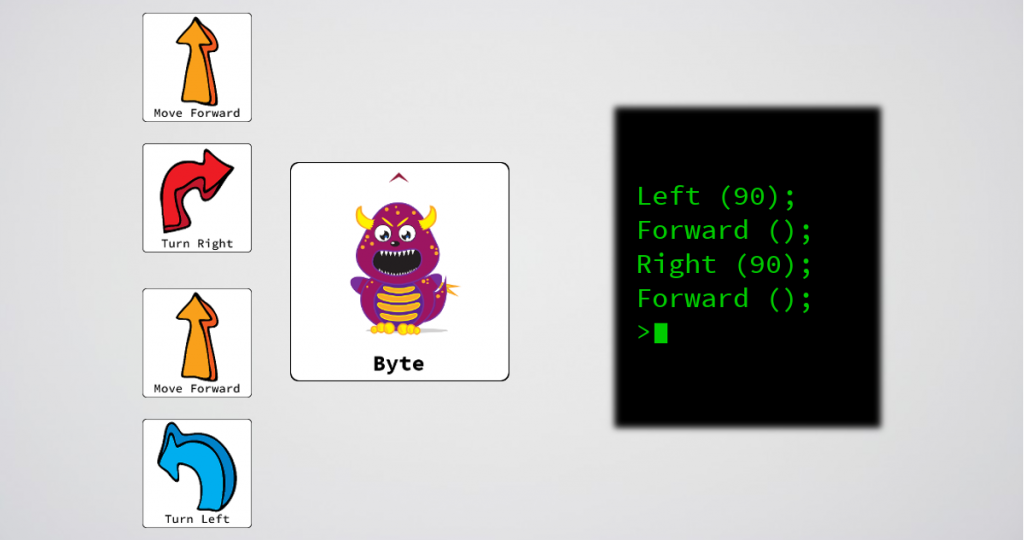 Between two and four children can play at once. Each child takes their turn in moving their “programme” (which resembles a monster and their home planet is called Ram), with the objective being to get their programme home. They take it in turns issuing instructions – turn right, move forward, turn around and so on. If they uncover a wall in front of them they cannot move and need to think of another way to reach home. Sounds simple right? And it is.

But that’s just the basic rules – this is where the children start getting creative – and creativity is incredibly important for computer coding (coding is one of the most creative industries).

; the limit on the function they create is their imagination.

After a few times playing, children start creating their own rule for what each card does, which is great. We want children to be creative.

If children master this level of play then it can become more difficult. Either the children can put two or more decks together, making the game grid much larger and thus more complex, or they can even write their very first computer program (without using a computer). In this version of the game, each child takes it in turns to lay out every step in advance that is required to take their programme from start to home. They then run their programme through each step/instruction (effectively a line of code). If they encounter a wall, a bug or the dreaded Seepeeu then their sequence of instructions doesn’t work and they have to debug their code. While they do that the next person has their turn and so on.

This entire process of laying out their code in advance and then debugging is the exact same process as writing a computer program and the children are doing it without a computer (and in most cases they don’t even realise they are coding). Their eyes light up when you explain to them what they have done.

But the game does much more than this. Every part of the game has been designed to make children feel comfortable with computer coding – ready to actually code. The terminology in the game (for example: the character names) uses common computer terms. The font used is commonly found in coding user interfaces. The backstory of the game explains how computers basically work.

Why a card game you might be asking? Out of all the potential formats Bits & Bytes could have taken, a card game provided the most flexibility and encouraged the most creativity. If it had been a board game the players would be limited to the extent of the board, if it were an app the player would have been limited to what the programmer of the app allowed, but a card game is different. Children can increase the game grid to make it more complex (or decrease the size of the grid to make it easier), they can change the rules, and within the same game it’s easy to have different versions of the game to suit the more advanced children.

Not only that a card game is affordable (the price of one cheap netbook is the equivalent of 10 games of Bits & Bytes, which up to forty children can play at once), it doesn’t take up space, children from age 4 through to age 11 can play the game, it doesn’t matter if they can use a computer already or if they are a boy or a girl. It’s a card game.

Children play Bits & Bytes and they are learning computational thinking – the fundamentals of computer coding. To be precise, they are learning:
• Problem solving – Breaking down problems into their components
• How a step-by-step process leads to a solution
• The sequencing of instructions (and once a child has mastered the game they can create their own programs – just like real coding)
• Algorithms (an algorithm is a series of ordered steps taken to solve a problem or achieve an objective)
• Developing a logical mindset
• And much more, and all without a computer or any required computer knowledge on behalf of the teacher or parent.

My background is in computer programming. I’m passionate about it and teaching children to code (I volunteer to teach coding to children in years 5 and 6 at the local primary school). I’m so passionate about teaching children to code that when it came to funding the first production run of Bits & Bytes (through crowd funding) I wanted to not only raise funds but also raise games to donate to primary schools in the UK. At the time of this article we have raised almost 150 games that will be donated to 15 primary schools – that’s 15 primary schools that will be able to teach up to 40 children at once the fundamentals of computer coding at no cost to them. It’s something I hope to be able to continue in the future.