Home Articles The power of filmmaking in the primary classroom

Digital technology has transformed the face of filmmaking; award-winning movies can now be shot entirely on an iPhone and published online in no time at all. So in an age where filmmaking opportunities are so accessible, why aren’t we using them more in the classroom?

To consider this question, we look to A Tale Unfolds – a social enterprise (and team of teachers) striving to raise literacy attainment through a range of school filmmaking projects. Their resources are now used in over 3,000 schools, both in the UK and internationally. Dominic Traynor, the company’s founder and a former primary teacher, discusses the far-reaching impact that a digital goal can have on pupils’ attainment.

In an age where the internet has overtaken television as the top media pastime for the UK’s children, it will come as no surprise that the introduction of digital technology in the classroom generates an immediate buzz. But make no mistake – this is not about technology for technology’s sake. Combining digital filmmaking tasks with traditional literacy objectives provides children with a clear, purposeful end-goal to aim towards. More so, it enables them to appreciate that the creative process of writing – the planning, drafting, editing and revising – is integral to the quality of that end-goal.

Teacher Adam Mitchell recently completed a movie trailer project with his class based on their topic of WW2. He was struck by the sense of ownership his pupils demonstrated when given the responsibility to create a poignant war story with an audience in mind:

“I’ve used film and video in class many times before, but the reason this project worked so well is that they were the storytellers, the experts. They knew that in order to do justice to the stories, they must feel real, not like the recount of a child. This became the driving force behind their truly incredible writing. From a literature purist’s perspective, students still needed to understand how to manipulate a viewer’s emotions and responses, portray feelings, build suspense and logically structure a narrative. The link between traditional and digital literacy was made obvious from the start.”

It’s clear that personal investment in a project will promote academic progress, but the scale of that progress is remarkable. Schools have reported that literacy attainment has tripled through the use of filmmaking projects. Tom Keene, a Year 4 teacher from Fairfield Community Primary School, revealed that on completion of an 8-week action movie project, some pupils were more than halfway towards their end-of-year writing targets.

Aside from being an academic motivator, filmmaking develops a wide range of social skills that are integral to success in the wider world. Children collaborate by assuming different roles – narrator, director, cameraperson, actor – all of which have a significant part to play in the overall success of the film. By discussing, debating and rehearsing ideas within mixed groups, they establish purposeful opportunities to hone their speaking and listening skills – an aspect of the curriculum that can sometimes be overlooked.

“I’ve been extremely impressed,” says Kenny Bartonshaw, a Year 5 teacher at Kingsland Academy, “not only by the standard of work created by the children, but the positive atmosphere and relationships that have been formed and developed as a result. It’s had a really positive impact on their character”.

Creating a Film from Kingsland Creative on Vimeo.

The very nature of digital filmmaking (where challenges and setbacks are inevitable) promotes a culture of problem solving, with perseverance and effort recognised as key factors to success – less so ‘talent’. Pupils who may have previously struggled with writing tasks are able to express their creativity in an entirely new way. The confidence and resilience developed through these tasks also encourage the formation of a growth mindset (Dweck, 2006), a concept that has gained huge momentum within schools in recent years.

Filmmaking certainly enables pupils to weave a narrative, but on a more powerful level, it also helps them to recognise that their own voice has the ability to inform, to educate and to change opinions.

The often thought-provoking themes that children explore during the filmmaking process can strike a chord within the school community long after filming has been completed. Projects such as Pupil Prime Minister, written and filmed with the former Labour government’s defence minister Peter Kilfoyle, have empowered children to become more politically active; writing manifestos and performing political party speeches by thinking about issues in their society – issues that really matter to them.

Children at Tubbenden Primary School in Kent recently produced this film to highlight the significant environmental threat of plastic pollution and suggest innovative solutions to tackle the problem. Teacher Laura Venn remarked on the impact that their Plastic Times project had on both pupils and the wider community:

“What began as a filmmaking project developed far beyond our expectations, igniting a united passion amongst the children to make a positive change for our future. The destructive effect of plastic pollution is a topic that the children in our school will not forget. As teachers, we’re hoping that we’ve helped shape the future attitudes of a small number that might lead to positive change in wider society.”

It doesn’t end within the classroom

The foundations of a school-parent partnership no longer hinge on the success of parents’ evenings and school reports. Many classes have already created Twitter accounts to post regular updates direct from the classroom, and with platforms like Vimeo offering secure and password-protected accounts, sharing a video link with parents couldn’t be easier. This channel of regular communication is beneficial to all parents, but particularly those who – for any number of reasons – aren’t always visible figures at the school gate. 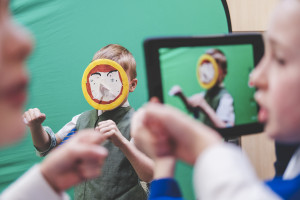 Digital achievements merit school-wide celebrations too. Tom Keene’s Leicester-based class held a screening of their action & adventure movie for over one hundred parents. Tom says, “The huge smiles across the children’s faces as they watched themselves back was a joy to behold. This is what teaching is all about”.

With a unique movie inspired by their hometown’s historic Premier League title win, Tom’s class even wrote to club ambassador and football legend, Alan Birchenall, and were delighted when he wrote back commending their production.

Motivated by the efforts of classrooms up and down the country, A Tale Unfolds recently founded LitFilmFest, a one-day celebration championing the writing and filmmaking achievements of Key Stage 2 primary pupils at the BFI IMAX in London. The cinematic showcase, which takes place on Monday, June 19th, invites winning schools to shoot their films professionally and then watch their efforts brought to life on the biggest screen in the country. 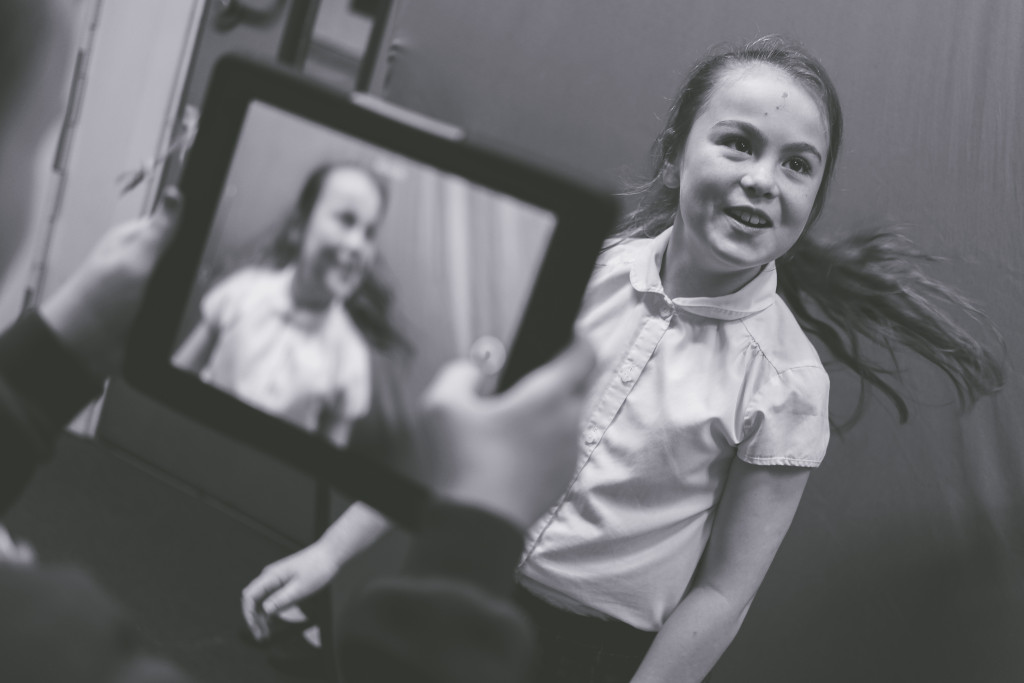 Teaching literacy through filmmaking – how to get started

It’s apparent that, with only 25% of teachers strongly agreeing that they feel able to prepare pupils for a digital world (Ipsos MORI/BT), technical confidence remains a sticking point within the profession. However, as educators, using technology really does enable us to model learning, by simply being at ease with not knowing everything in front of children. Instead, we can provide opportunities for them to find answers for themselves. The simple use of a tablet is all it takes to get going, according to Tom:

“The beauty of this project is its simplicity. You could easily assume you need to be a media expert to make it work but the truth is completely the opposite. The filming is achievable with just an iPad and the editing is simple enough too. Yes, it’s true that our final film could have been more ‘polished’ but I honestly think part of the charm of it is in its rough edges.”

To consider filmmaking with your own class, the first step is to explore the range of projects available at A Tale Unfolds, all of which come with comprehensive planning, video resources and technical guidance (written by teachers themselves).

Person Profile Trailer is one of the shortest and simplest resources to start with, and an ideal springboard to some of the lengthier options. Over the course of 5 hour-long lessons, pupils create and describe a character of their choice, focusing on appearance, personality and behaviour using the “show, don’t tell” technique. After drafting descriptions and rehearsing stances, they bring their characters to life on camera, with use of the iMovie ‘Retro’ trailer template.

Throughout the entire process, teachers are welcome to share updates and photos of their pupils’ efforts on Twitter to @ataleunfolds, who are always more than happy to offer encouragement, guidance and support along the way. Once completed, films can be entered into LitFilmFest any time up until the closing date of Wednesday, 17th May.

Louise Lacaze, a teacher at St Joseph’s Primary in Aberdeen, is currently working on a film trailer project with her own class: “We are loving the whole project. The children meet me in the corridor to ask if we are filming. They’re writing in small bursts, with such focus, trying so hard to capture their characters in a way they have never done. They are desperate to make a good trailer, so they put the time and effort into making their group work well together. This is a powerful motivator.”

For more information on filmmaking opportunities in the classroom, visit www.ataleunfolds.co.uk/resources. To discover the one-day showcase at the BFI IMAX in June, open to all KS2 classes, visit www.litfilmfest.com or check out this short film for further details.

ICT in Practice Presents: Games in Education! Shall we play or should we ban?

Scratch and Sniff by Ian Stephenson