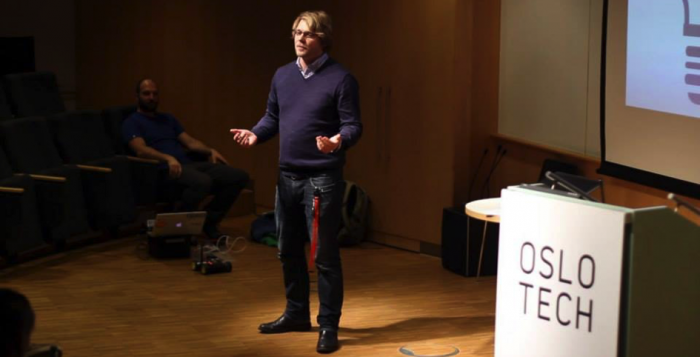 The first teachmeet in the capital of Norway took place early in January, in the University of Oslo. Forty teachers and some representatives from ed-tech related businesses and startups attended, many more watched the live stream. This is part of a strategy to bring teachers and developers together in an ed-tech cluster, and a decent way to kick off a new year.
A teachmeet is a good way to meet other teachers, share practices and get updates on educational technologies. There is an abundance of excellent ideas and relevant technology out there, but content in school does not change by itself. Enthusiasts and professionals need support and motivation to keep up their good work. Distances in Norway can be difficult to overcome. The distance from Oslo to the Russian border equals a trip from London to Istanbul, and since there are far less people living there – they seldom meet.

The teachmeet in Oslo was organised by Digitalpedagogene, the Norwegian answer to CAS and similar organisations and companies who train teachers in technology and pedagogics. There are two different types of teacher educations in Norway, the Universities and the “lærerskole”, academies who are less oriented towards research. Both Universities and Academies are having a hard time keeping up with the development, and this is one of the reasons why private companies like Digitalpedagogene are in demand.

Building an arena for ICT in schools is important to the Oslo region. Every year, swarms of Norwegians seek out the BETT show in London – to get new impulses from abroad, but first of all to meet other Norwegians who are interested in school and technology. Some are there to sell, some are fierce network builders, and some are just there to hang out, but in the end, they are all part of a movement who agree about one thing: there is an urgent need for change in education, and ICT is bound to play an important role. The emerging coding movement, “Lær kidsa koding”, has also had an important impact. 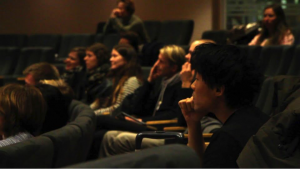 First, there was an interesting introduction from a local celebrity. Professor Sten Ludvigsen, head of the advisory commission working on “framtidens skole”, the future of Norwegian schools, presented his views on what direction he would recommend to the politicians. A short resume: Cross- curriculum and problem based learning, self-regulation and collaboration – everything normally associated with the 21st century skills movement – is the recipe to success and innovation. It remains to be seen if politicians will choose to listen to Ludvigsen, one can only hope.
Norwegian schools have a tradition for being progressive and student centred, but the last ten years have been different. Old fashioned governance of schools and increased focus on teach-to-test has cemented the contents in schools, forcing teachers to take responsibility for school development themselves. The national authorities have also delegated responsibility for schools to a communal level, which has led to bad investments, confusion and increasing differences. As a result of this system failure, teachers went through a bitter strike last year, and the wounds between school leadership and teachers still need some mending.

A teachmeet must be both informal, informative and entertaining, but nobody expects anyone to have the qualities of a stand-up comedian and a professor in education sciences at the same time. Still, those attending, got excellent presentations on gaming, Arduino and robotics, the use of iPad in music lessons, Minecraft in kindergartens and how to use fan-art as a learning method. There was enough content for several teachmeets, and there is hopefully still more to come.

This was the first teachmeet in Oslo, and there will be many more. Once the word spreads, and more teachers loosen up to the concept, there might be hope that a new tradition has been born.