Home Articles Realizing the Advantages of Video Games in the Classroom by John... 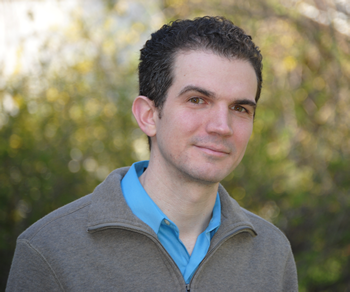 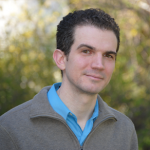 John Ferrara is a game design practitioner based in the greater Philadelphia area. He is the author of the book “Playful Design: Creating Game Experiences in Everyday Interfaces”, which explores how gameplay can be extended to conventional applications to effect deep social experiences, participatory learning systems, and meaningful cultural change. He is the lead designer of Fitter Critters, a game designed to transform 4th to 8th grade students’ attitudes toward nutrition. Please visit www.playfuldesignbook.comto find out more about John’s book. You can follow him on Twitter at @PlayfulDesign.

Games of all kinds have long played a welcome role in education, from classroom exercises like spelling bees and geography-themed bingo to academic competitions like debating clubs and Model UN.  And for as long as computers have appeared in classrooms, video games like The Oregon Trail and Math Blaster have been embraced by teachers exploring new ways to engage and challenge their students.

The rationale for incorporating these games into classroom instruction has often been that kids devote huge amounts of time to playing recreational games, and so may take a greater interest in schoolwork if it came wrapped in pixelated packaging.  Unfortunately it’s not that easy.  Children are discerning consumers of games, and may take faint interest in games that don’t provide the same level of engagement to which the commercial market has acclimated them.

In recent years, there’s been an explosion of interest in video games’ potential to effect significant change in the way people learn. Educators and researchers are also discovering that games offer benefits that reach far beyond their cultural legitimacy and popularity.

They can serve as a laboratory for new concepts, allowing players to “learn by doing” and as a  complement to theory learned in parallel. Virtual labs are much more cost-effective than real ones, and enable applied learning for lessons and subjects where it otherwise wouldn’t be available.

Games can simulate conditions of the real world

The rules of the natural world can be represented in computer games with tremendous fidelity and precision. Physics, geometry, math, and chemistry can all follow the same laws and manifest the same attributes in the game world that they do in real life.

While teachers couldn’t give students unsupervised control over a real chemistry lab, there’s no downside to letting them fiddle freely in a virtual one. Since there are no real-world consequences, students are empowered to ask “What if…?” and explore the boundaries of the game space to discover what happens under different conditions.

One of the great strengths of video games is their ability to model complex systems with many interacting parts, and to drop players right in the middle of those spinning gears. This gives players the opportunity to understand and manipulate the dynamic relationships between a whole and its parts.

Many video games encourage players to try on different roles, allowing students who may have never before imagined themselves as scientists, doctors, or titans of industry the opportunity to picture new prospective identities.

Online gaming has enabled collaborative experiences that were previously impossible. While massively multiplayer games mediate teamwork in real time, social games like Farmville and Words with Friends have pioneered asynchronous participation among people separated by both space and time.

Games build assessment into the experience

The game itself can serve as the assessment of student performance.  Game-based tests can provide a different model for evaluating success, where students can try as many times as they must to complete the game’s objectives. Grades can instead vary with the total number of objectives completed, the difficulty of each, and the quality with which they were done.

Working with these attributes, designers can create educational games that make things possible that would otherwise be difficult to achieve in the classroom. However, none of these advantages can be fully realized unless students are sufficiently invested in playing.

The success of any game ultimately hinges on whether players feel the experience of interacting with it to be intrinsically rewarding. It is the particular designs of the commercial games that drive players’ interest in them. This includes fundamental elements such as the conflict at the heart of the game, the core mechanic of play, the difficulty of the challenges, the system of rewards, and the arc of the narrative. These are the things that make games worth playing. Educational games that focus on getting these design elements right will achieve the greatest success in tomorrow’s classrooms.