Home Articles PEOPLE WHO INSPIRED US! 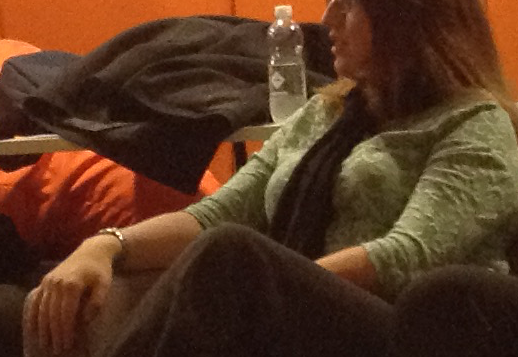 This corner is allocated to an inspirational person who has contributed to the educational technology community to tell us about themselves. Please meet Katherine Childs, Educational Technologist who works for Derbyshire Primary Schools in the UK.

My first encounter with computers was playing  a game called Hunt the Wumpus on a BBC Micro computer. My dad was a Maths teacher at a secondary school and he used to bring the departmental computer home in the holidays .  I then went on to code my own simple games  in BASIC from books and learned the hard way that the code was stored in RAM when we had a power cut and I lost a game that was 75% complete!

Computers were always something that my generation did as a hobby though – and gradually school subjects took over. Studying Computing in school wasn’t an option, and with no Internet connections in homes or schools (can you imagine life without the internet now?!) there was no one to talk to about computers either. So I followed an Arts path, studying Music and Foreign Languages.

It was only when did work experience and subsequently had a job that I realised that I had a knack with computer systems. I tended to pick things up more quickly than other people, and while I didn’t understand everything, I was the go-to person for technical queries . The company I was working for paid me to do a degree in IT & Computing, which was a complete change from what I had done before. I worked full-time and studied part-time with the Open University, learning programming languages such as Smalltalk, C++ and Javascript, and graduated with a first-class honours degree.

I have to hold my hands up and say I’ve never coded anything of importance though – and I think that’s because the link between education and application in the real world was never quite there. But now, with the new Computing curriculum, children have the opportunity to learn coding from a young age. The collaborative nature of coding means that it has a cross-curricular appeal. You can’t code on your own – even if you write all the code on your own, you still need someone else to test it. Coding also offers a unique opportunity for creativity that I don’t think can be found anywhere else in the curriculum, except for maybe music. When you have a piano keyboard in front of you, what you create with the notes is up to you. When you have a coding environment, you have the tools to use, but how you put them together is again your choice.

On St Pancras station concourse there are a couple of pianos which any member of the public can go and play. When I arrived in London this afternoon, one of the pianos was free so I sat down and played some music by Adele. I was feeling pretty happy about that – until I then walked up the concourse and found the other piano being played by a gentleman who had actually drawn a crowd of people stopping to listen to him playing some Liszt! As a child, I stumbled around with coding but never had the chance to learn it from anyone else – I see my role now as passing on the baton to the next generation of children who are getting fantastic opportunities to create, collaborate and code. I’m sure they will soon overtake me and become the coding equivalent of the concert pianists of their generation!”

Is the Internet the new Messiah to save our Educational System?

Does Collaboration Occur When Children are Learning with the Support of a Wiki? by Yasemin Allsop