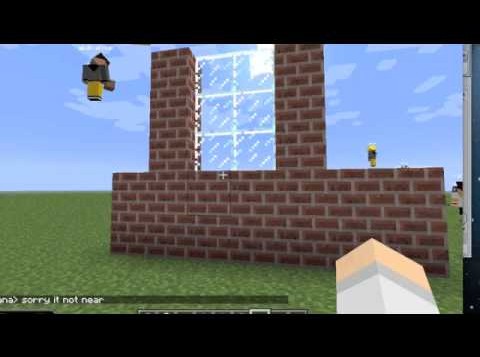 University of Northern Iowa, USA
The purpose of this article is to describe a computer club that was based on the video game Minecraft in hopes that others interested in developing either a Minecraft Club or any kind of a computer club, will find this information useful. The club met in July of 2014 at a public library located in a rural town, i.e., under 10,000 population and not close to a larger city, in the Midwestern United States. The members were eight boys ranging in age from 9-12. The structure and organization of the club followed a format similar to a book club, but instead of a book, the main text was Minecraft.

Content
The club met on Mondays and Thursdays weekly during the month of July from 10:00 a.m. to 11:30 a.m., and the meetings were scheduled to fit around the library’s busy summer schedule. The meetings began with the boys gathering around an oval table in a small conference room. This was for the purpose of developing some camaraderie between the boys with the common association of Minecraft through discussion and sharing. The boys talked about the content of the game, their personal achievements, and updates to the game, and they set personal gameplay goals. In addition, the librarians, at my request, had placed numerous books related to the content of Minecraft in the conference room for the boys to browse through while they discussed the game.
The books included titles from the following categories: animals, farming, and crops; rocks, minerals, gems, metals, and mining; land features, biomes, and trees; tools and weapons. Each of these categories was further defined with specific items that were part of the game. Moreover, there were nonfiction and fiction books about survival, hunting, camping, engineering, architecture, smelting, masonry, and Medieval Europe-all topics within the game. The books were spread out on the conference table before the boys, and they would casually pick them up, browse through them, talk about the content in relation to the game, and the books were available for them to check out from the library. The purposes of the books were to help the boys see the relationships between the game, literature, and subjects of study in school, i.e., social studies, science, engineering, architecture, and math. Equally important, the books could help the boys have a deeper understanding of the contents of the game, thereby increasing their knowledge and enjoyment.

The boys also brought items from home to talk about and share that were connected to Minecraft (artifacts of the game). These items included things they made, books, action figures, legos, paper crafts, plush figures, clothes, and soft tools and weapons. The purposes of these items were to further build conversation around the contents of the game, thereby fostering a game-based culture within the club.
During the first club meeting, the boys were each given a booklet that contained a statement about the purpose of the club for the members which was to play and have fun with Minecraft and to talk about the game and learn more about the contents and gameplay with each other. The booklet had the meeting agenda, which was to first meet for 15 minutes in the conference room to talk, share, look at books, and set personal goals for gameplay for that meeting. This was followed by one hour of gameplay on the computers during which members can talk, share, and help each other. The meetings concluded back in the conference room for the last 15 minutes to talk about gameplay, achievements, and game strategy.
The booklet contained the club rules, which were the following: use school or library volume for your voices; when someone is speaking listen without talking; it is okay to disagree, but act kindly and use friendly words; and always let your club leader know where you are in the library, for example, if you go to the restrooms, or if you are leaving to go home. Finally, the booklet contained some basic directions for how to get started in the game and some essentials about how to play the game.
Following the conference portion of the meetings, which lasted about 15 minutes, the boys met at the library’s desktop computers to actually play the game. There were eight computers, separated into groups of four computers to a table, with a large library reference desk service area that separated the two groups. This was located in the central, open part of the library surrounded by the library’s bookshelves, and not in a separate room. The library had reserved and set aside these computers just for the club’s use. The boys played the game on these computers for the remainder of the club meeting time.

Reflections about the Club
Location
The library performed as a central location within the community that most of the boys were able to ride their bikes to, thereby providing for easy access for them. Some boys were brought by their parents along with younger siblings and the parents remained in the library browsing books, attending other programs with their younger children, or doing their own job-related work on their personal, portable computers. Sometimes the parents, along with the boys’ siblings, interacted during the time the boys were playing the game, thereby making the computer club more of a family literacy event, than a detached club. Additionally, other children in the library frequently stood next to the club members while they played Minecraft, which furthered a sense of community.