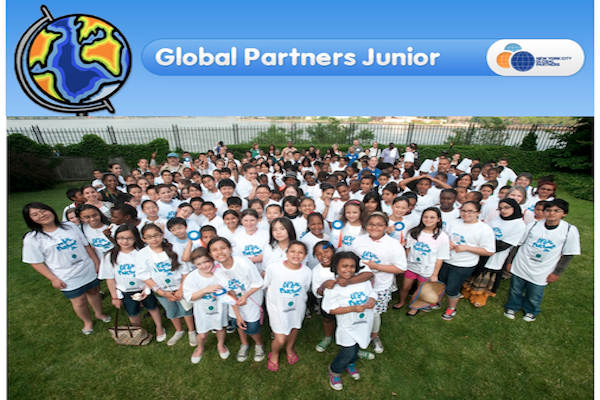 At Wilbury we have always valued learning through participating in International projects.  We believe that it provides children with very valuable opportunities to develop their understanding of worldwide issues such as sustainability and also opens a window into other cultures through online collaboration with children from other countries.

This year the focus of the project was Urban Stages, where the children investigated their own city, discovered how things were different in other cities around the world, by doing not just online research but also reading and replying to other children’s work in the online shared area.

The students began the project by introducing themselves in a few sentences; some of them got more creative and used a video or photo messages. They shared information about the main facts about our own city and discussed the theatre districts in the cities, such as Broadway in New York, The West End in London. The children then moved onto storytelling and playwriting. After exploring the basic elements of what makes a good story, they made their own storyboard for a story that they liked.They also looked at famous musicals such as; Mamma Mia, Wicked, The Lion King. They identified the main roles in a theatre; scriptwriter, director, set designer, costume designer, etc. The children have written short play scripts which then they animated using ‘I Can Animate’.

The next focus of the project was sound and music. The children started their project by just listening to the sounds around our school, then the sounds where they lived. They came up with an idea of expressing the best of London by using sounds.  They have written a rap to tell other children about the food, music and landmarks of London. They then used the ‘GarageBand’ programme to create their sound files, and then used ‘iMovie’ to edit their videos. The schools that were the most active during discussions and produced a final product were given a prize.  Wilbury team was awarded a certificate of excellence for their outstanding work and presented with 3D puzzles of the Brooklyn Bridge and the Statue of Liberty. The feedback we received was the evidence for their hard work and excellent contributions. Their participation has been described as exemplary throughout the project. As it stated on the assessment form; “Students demonstrated a good grasp of unit material and actively posted in most of the assignments. The posts are thoughtful and descriptive, providing relevant and interesting information. Students demonstrated a high level of excitement and enthusiasm as they engaged with the curriculum and showed interest in learning about cultures around the world”.

We are now working on the final part of the project, where the children are designing an open-air theatre to make better use of part of our playground. They came up with a script, designed costumes and created props. They also used the ‘Toontastic’ programme to share their own individual scripts to decide the best ones to be performed on a stage. We are hoping to complete our theatre design and perform our short stories about New York very soon.

Resources: The well-designed curriculum planning folder created by the Global Partners Junior team, which has all the resources, web links, tool suggestions, and focus questions not only makes it easier to teach but also to evaluate. The children were given their own project book that they could take home when needed to extend their learning. Again their workbook had all the information they needed to work on the various activities.

The layout of the workbook was very clear, children from many different learning needs were able to access and accomplish the task easily. The topics studied were all about our lives. This enabled the children to understand the culture of the world they live in, which I believe will lead to connecting with people in a positive manner and also to work on shared issues to make the world a better place for everyone.

Given time to learn: One of the main advantages of this project is, it runs for a whole year which allows the children to master their skills such as; research, design, discuss, collaborate online, organize ideas and many more. It also gives them the scope for using digital technologies which motivates them to learn and prepares them for more advanced use of technology for learning.  It also enables them to use/improve other skills such as; team work, decision-making and problem solving.

Dynamic and flexible learning:  The activities planned were always hands on which enabled us to carry our learning into spaces outside of the school. Sometimes in our local area, sometimes via Skype, we had an opportunity to learn everywhere through interactions with our peers in London and around the world. The learning was not based only on pen and paper. It involved technology, drama, art, design in a very creative way, which made learning more fun and also more relevant to the children’s needs and interests.

We are very privileged to be part of Global Partners Junior and are looking forward to participating in the next project to learn more, to share more and to collaborate more!

For more information or to request an application, please contact: gpjunior@cityhall.nyc.gov.

iPods: Restoring ORDER in the gymnasium